I believe I observed with my ele and my assassin that if you enter the Undercity before you enter Xaquang Skyway you reveal a different map (an exact map of the Undercity). The one displayed in the page now is actually a map of Xaquang which overwrites the Undercity one if you go to Xaquang. But if you just get to the Marketplace and into the Undecity right away, I recall seeing a different map on my "U" map at least. --Karlos 00:44, 19 June 2006 (CDT)

Sorry, I said that and promptly forgot. It seems that the update that made this area mappable with the "U map" has made the "M map" discussion moot: 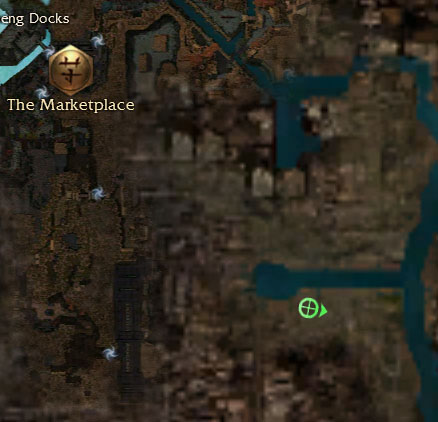 Looks like the new U map now on the main article is the old map you were talking about :) — Biscuits (talk

It's from WoW, the Capital city of the Forsaken, Undercity. --SigmA

It couldn't come from under and city could it?

I've entered the undercity twice, yesterday and today, and Zenmai cannot move. She is completely frozen and devoid of any animations, doesn't respond to flags but can use a skill like flashing blades or dark escape, without animation, however feigned neutrality cannot be used.Cowboysoultaker 12:07, 5 March 2007 (CST)

I seem to recall reading somewhere before that if you scrape the very outside edge of the Undercity, you can get a tiny bit of credit towards cartographer, despite the body of the Undercity not counting towards the title. Can anybody confirm/comment [other than, "uc doesn't map n00b", etc.] on this?...or maybe I should just try it and see what happens, since I've barely entered the Undercity and should be able to get a few points if it works. --Fyrie

I've been playing online games for over ten years. I've gotten just about every single type of answer out there. The WoW forums are awesome for their stunning stupidity. =P --Fyrie

I was fighting Afflicted in The Undercity when I found one that can fly! 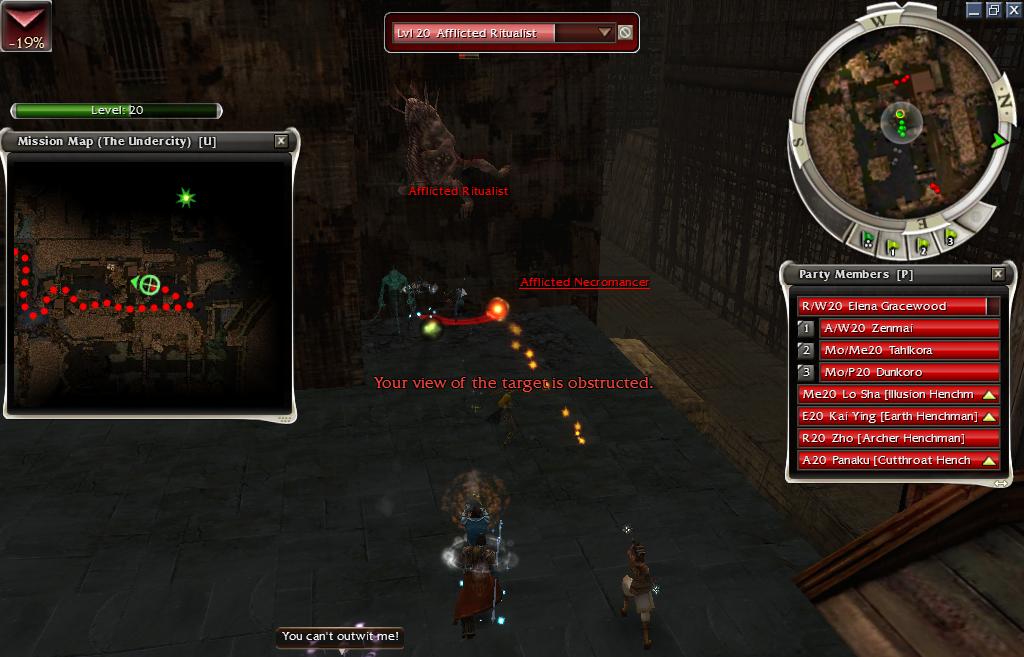 As you can see, it is "hovering" above ground level and yet I can't hit it with projectile attacks...neither could Kai Ying or any of my other AI partners. Melee characters like Panaku could attack it, if they got right up to that wall - just like you can attack the Watchtower Guards in Riverside Province through melee when you get close to the "door".

I'm glad that this was just one Afflicted and not several, or a boss, or an important quest mob, or...yeah. Though it was still annoying, it kept using Flesh of My Flesh to rez and I couldn't interrupt it :(

This being the case, shouldn't that section of the page be removed, similar to Bukdek Byway?

If it's removed, someone could mistake it as incomplete rather than information by omission, and might spend hours combing the sewers for an Alligator.

What about the other areas with no animals? Bukdek could be the exception.