My first thought when I read the skill description was: struck with what? So I did some investigating. The following do trigger it:

The following do not trigger it:

This leaves a few skills that mention being "struck for damage" but which I have not verified. A pair examples to prime the investigation:

There are also a few skills that cause damage but it is not clear whether they "strike" for damage. Examples:

Can this teleport you so that you get stuck? I'm thinking about UW mainly. :) --

It's a shadow step, I think

I think that is waste of time but it may work :D. Aura of Displacement is much easier and more safe.--I Follow The Blind 06:28, 10 July 2006 (CDT) Spirits cant be hexed enchanted recall wont work.

Where can I find this skill?

Kaineng Center has it for sure.

Does this poison the "next time" over every time?

I have had situations where I am surrounded by enemies and I am unable to shadow step out.
My character will disappear, someone will get poisoned, and then I reappear in the exact same spot while the bad guys beat me to a pulp.
Does anyone know if there is a limitation to shadow step that requires you to have an "opening" to step through?
Glenn Gladewarden 18:12, 23 August 2006 (CDT)

check out Shadow Step; you can only step to places you could normally walk. --Honorable Sarah

I've had situations like these before and i would say it's about 30-40% of the time when i use it. I don't mean using this in a battle though, because my assasin is a runner, and sometimes i may get cornered and such, I will bring along both heart of shadow and viper's defense. If heart of shadow doesn't work, viper's should be able to (unless I'm really unlucky =().

Thats the entire reason i use it on my dervish (through VoS). i have noticed that alot of the time you will end up in the same spot. sometimes its how you want it, way outside the enemies. and sometimes it pushes an enemy out of your way, and you only move a few feet.--Coloneh RIP

If you use Shadow of Haste, run away a little, then use Viper's Defense, do you go to a nearby location, or where you used Shadow of Haste? Friend of Chaos

Where you used shadow of haste. When you activate a stance with one already up, the new stance activates first and then the old one ends. --Fyren 19:51, 5 March 2007 (CST)

This could be pretty good in PvE now. High spread of conditions with only a cost of 5 energy and now its not a stance so it won't end any of yours. This could be interesting...--Manbeast15 23:12, 17 January 2008 (UTC)

One reason I liked the old Viper is because it often took me out of range of any ranged damage (casters, parallelagons, rangers), and tossed poison at them as well, so I could get out of the way, let them degen a bit, heal myself a bit, then jump back in the fray at them. It would have been nice if they left ONE of these two skills as an effect-on-damage skill.--Carmine 15:48, 24 January 2008 (UTC) 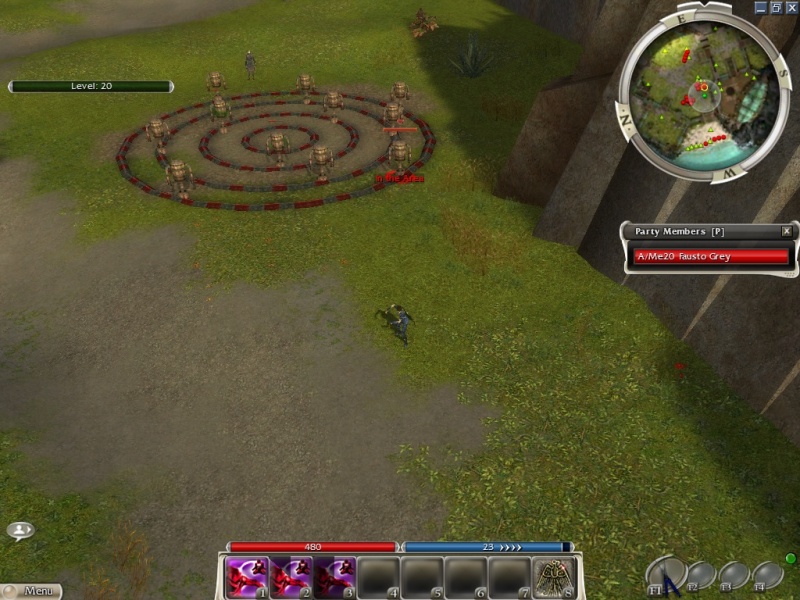 It's in the area of HIM, not his target. He can land out of earshot from his target.

I found this skill to be most useful in RA on my monk. This is when hammer Rangers were popular and used Strike as One to buff their attack speed. With stances, you can activate them even knocked down; this isn't the case with spells however :(

I prefer Return on a monk. Crippling your enemies is better than poisoning them when you want to get away from them :P And with return you can choose where you want to shadow step to. If you want to use a stance for protection though, there are still some pretty good warrior ones to choose from. Silver Sunlight

Smoke Powder Defense is a stance.

Now that this skill is a spell and not a stance, how do targeting restrictions work with it? I understand that with no enemy targeted, it reverts to it's "Shadowstep to a random place" mechanic, but can it still function if the target is using Spellbreaker or Shadow Form? I know that the PBAoE effects work if not targeting, I'm curious if it does when targeting.Lord Twitchiopolis 20:11, 21 July 2009 (UTC)

Actually, when you target nothing it uses the autotargetting mechanism to get a target. 'Only' when targetting yourself and using it without enemies nearby gives the random sstep.
The SF/SB question got me to firing up GW again to try it out. Targetting Anton under SF works, and Tahlkora under SB gives me normal results, too. The spell is cast on you, and the game only uses your target for the shadowstep, most likely. I haven't tested enemy spell immunity, though, but 5k that's no different. ---

SB and SF don't prevent friendly spells. The only thing that does is VoS, which would really be a testing point (unless i'm interpreting you wrong) Ad Victoriam 05:32, 22 July 2009 (UTC)

Since it's usable when no foes are near, I'd say it's a spell that requires any target (you when nothing's near). ---

I'm guessing Roland meant you can't cast it on a target using Vow of Silence, which I just confirmed. I don't know about SF or SB when they are used by foes. Nwash

Just tested on both SB and SF (Blessed Griffons, Afflicted Assassins), failed on both. Which makes sense, considering it does say "target", and the ability to use it non-targeted is an anomaly/bug. —Dr Ishmael

So, it completely fails when cast on a protected foe? You do not poison any foes (adjacent or targeted) and you do not shadow step at all? How annoying.

Isn't that what I said?. —Dr Ishmael

I wasn't sure if you meant "completely failed" or "partially failed." ANet has created a lot of anomalies; sometimes skills partly trigger, sometimes they trigger inappropriately, and sometimes they do something odd.   — Tennessee Ernie Ford (TEF) 23:03, December 2, 2009 (UTC)

i.e. enchantments used by someone with Shadow Walk on them before they fixed it, remember that? Was kinda-fail, caused the old Cultist's Fervor to trigger and so Dark Bond fired, yet you didn't get any cast or cooldown and didn't sacrifice anything or something? Didn't take em all that long to fix is because it was so terribly overpowered. I tried that for the first time (and last time) against some stupid forest things when my friend was at my house, we both "holy shit!"'d --Gimmethegepgun 23:22, December 2, 2009 (UTC)