Things that need to be confirmed[edit source]

Judging from the update notes, I would say that you need to do the missions in ascalon and the newb islands to fill out the book. 76.182.200.38 03:19, 14 November 2008 (UTC)
When I first saw this I thought they had actually added new content, and I was thrilled. Alas, that was not the case.

Send us back to pre-Searing! (and please don't let the morons come back) (or make them get hit by some giant crystals or something and TRULY die like the NPCs do since they suck and can't use rez shrines for some reason) --Gimmethegepgun 04:49, 14 November 2008 (UTC)

for Pyre Fierceshot! All while on a mission to stop the Searing! Obaby that would be fun

I extracted the images from gw.dat, so I'm guessing as to which one goes to which mission. I'm reasonably certain on most of them, but if you find that I got any wrong, please re-upload them at the correct image names. —Dr Ishmael

I'm curious what those little cutout people are supposed to be. It reminds me of Biro's "C3 Spoiler" template icon.

Its someone and the Master of Whispers, maybe Devona.-- 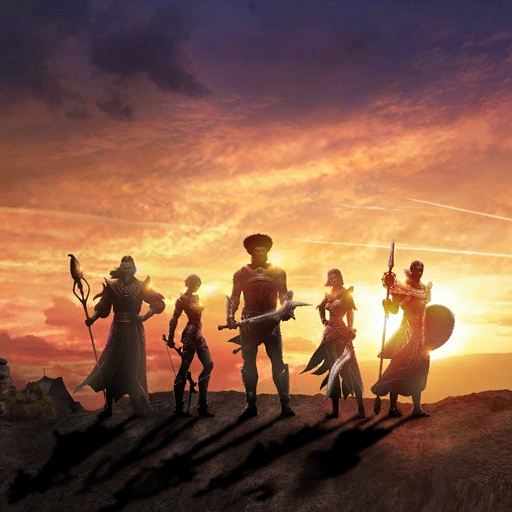 Note the two figures on the left. It should be Jin, because Margrid is to the right of Koss (Koss' left). -

Ahh you're right. Then the other is.....Morgahn I guess? Odd spear

There were two big shiny images in the way. OR: Don't worry, Giga, you're still valuable. (Who started that gag anyway? Needs a userbox)

You mean the Nightfall RP creation image that AdVic linked? It may take a while, since I don't know beforehand what dimensions to filter by, but I can try. I doubt it'll be much larger than what we've got, though. —Dr Ishmael 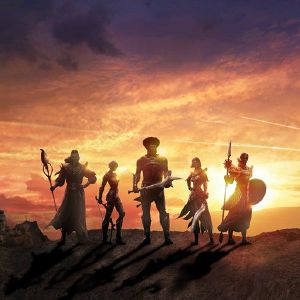 Never mind, I was wrong on both points. Took <5 minutes to grab it with 3DRipper, and it's more than twice as big. From L-to-R: Master of Whispers, Acolyte Jin, Koss, Margrid the Sly, General Morgahn. Looks like it was created right before they finalized the heroes' professions, though, since Margrid is wielding a sword. And the icon on the YHoT pages is Master and Jin's silhouettes, in reverse. —Dr Ishmael

I know that, but these are heroes, and in all other official art for them, they're wielding the weapon for their class, which is why this is an incongruity. —Dr Ishmael

According to the current chart, a completely filled in book gives you 90k faction. Currently, the max. faction cap according to the corresponding pages is 70k. So the extra 20+k is just lost/wasted? -

Nevermind, just read the note on Shiro's Return. It's just directly added to the title. I'm adding a similar note on this page. -

Oops, I'd meant to copy that over here myself, guess I forgot. ^^; —Dr Ishmael