Despite its name, the Tall Shield is relatively small, compared to many other shields in the game. It is one of the most basic shields, being found throughout all areas of the game, from Pre-searing to the Ring of Fire Islands. Tall Shields given as a quest reward often have a different shape. PvP shields tied to Tactics use this skin.

Dye affects the metallic region in the center with the lion as well as the similarly textured areas in the border - the two corners to the sides and at the bottom of the shield. The default color can be closely replicated with yellow dye. 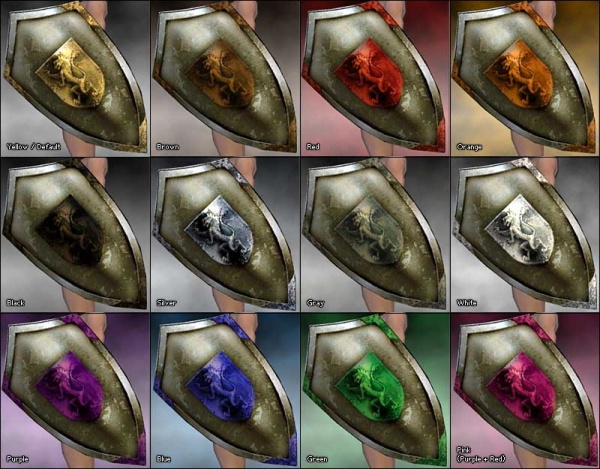