Talus Chute is an explorable area in the Southern Shiverpeaks North of Droknar's Forge. Those who return to the shiverpeaks after Ascending in the Crystal Desert will get their first taste of the strong Shiverpeaks enemies here. The western parts of this area are fairly open, but the east is broken up by ridges and frozen rivers. There are some Stone Summit fortifications in the northeastern parts, a fair bit of which have taken over by Grawl. 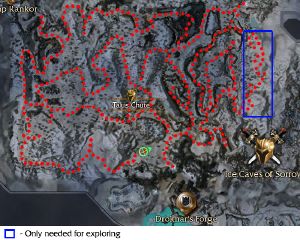 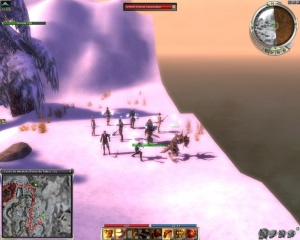 "End of the world" in the hidden area
Retrieved from "https://guildwiki.gamepedia.com/index.php?title=Talus_Chute&oldid=1611012"
Categories: