The Mouth of Torment

It was here that Abaddon and his Margonites challenged the power of the Five True Gods, and here that the other gods smote the God of Secrets down, imprisoning him and his following in a Realm of Torment. This once beautiful land is now a crater littered with the trapping [sic] of a god. And above it the Mouth of Torment hangs, a weakness in the world, a globe of pure evil, beckoning all to their doom.

This location is accessible after completion of the Ruins of Morah mission. To travel here, head out through the Vortex from the Gate of Torment. Or simply click on the Vortex on the map. 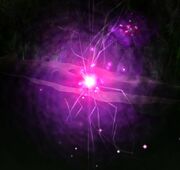 Vortex to the Gate of Torment.