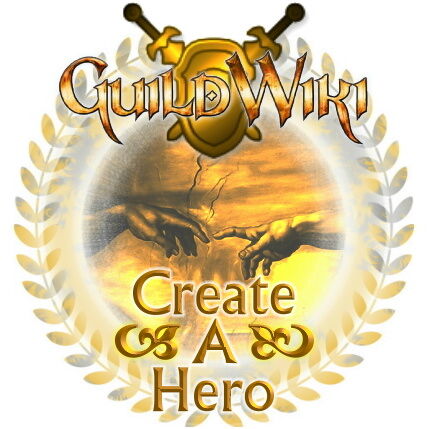 Welcome to the first Create A Hero contest in GuildWikian history. As the name suggests, this contest is about creating your very own Hero for Guild Wars.

Really? How the fuck does it work?[edit | edit source] 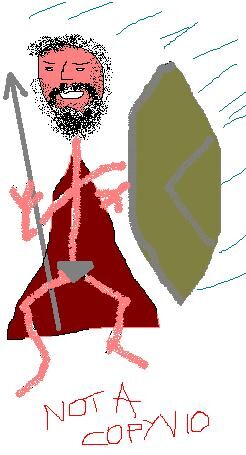 Example of a Paragon hero with "original" armor, made with good old Paint.

Straight and simple, make a hero article much like this one. Format the article including, but not limited to, the following sections:

Eventually, the Judges Team will declare an official deadline, upon wich no more entries will be accepted. Once reached, deliberation will begin, and winners will be decided. Judges can add their own entries only as examples, since they can't compete. Judges will also be the ones providing the prizes. If you want to be a part of the Judges Team, acknowledge these conditions by signing below.

The Judges Team is being assembled, once they are ready, prizes will be decided upon. So far, ideas run from absurdly huge amounts of in-game gold to long forgotten crap from our Xunlai Storage. Still, a specially designed Winner Überbox Userbox has been confirmed by the developers. We are also working on getting an actual pic of May to give away as a consolation prize.

Sounds interesting! Who do I have to screw with to get in?[edit | edit source]

Just sign below in any of our very original categories and get to work. In the same spirit of innovation, special awards will be created too.

A normal hero article, dreaming about Anerf adding it to the game helps. Might be completely created by your imagination or trivia inspired.

A funny hero article, getting other users to laugh at it is the goal here. Can be based in an inside joke of Guild Wars and/or Guild Wiki, or in some other external funny trivia.

An even funnier hero article, portraying one of our beloved fellow GuildWikias as a Guild Wars hero. It can be yourself, or someone else.

I'm an elitist PvX bastard, I know your build sucks, but I don't know where to list my entry![edit | edit source]