The Midnight Solo is one of a very few builds centered around the Mesmer elite skill Signet of Midnight. This solo build will work on all Warrior bosses located in the Jade Sea. It should be applicable to most Warrior and Assassin bosses in other areas, as long as you isolate them.

This build has been proven to work on:

This build focuses on blinding the target and uses failure hexes to get energy as well as deal some damage. With a high chance to miss with attacks (25%+25%+52% from hexes and 90% from blindness) the target will simply never hit you with an attack. Mixed with -9 Health degeneration this build is very effective and can kill almost any Jade Sea Boss in 60 seconds.

The usage is very simple.

The Death Farmer is a Necromancer build specifically designed to take on large mobs of adversaries that primarily use melee attacks. It is especially efficient at defeating Mountain Trolls at Droknar's Forge, but also works on other mobs, and with variations, can be built to farm Minotaurs, Trolls, and even various Assassin creatures throughout Cantha.

In order to properly use this build most effectively, you will need to learn how and when to properly cast. The basic principle is to cast Enfeeble on a target, followed by Virulence, and Epidemic to spread the -8 health degeneration to the surrounding creatures, all the while keeping your armor up with Physical Resistance, and occasionally leeching some life by using Oppressive Gaze. With this build you will be able to farm groupings of 10+ without triggering scatter, meaning that you will be able to farm large groups without getting some to pull off as with builds that use AoE to farm large groups of creatures. Oppressive Gaze will occasionally scatter these creatures, but in some cases it is necessary to do so in order to stay alive. Channeling will be used as a tool for energy-management, and Shadow of Fear is used to slow down enemy attacks so that Blood Renewal can keep your health increasing.

This build is intended for quick and direct farming of bosses. It relies on the normal 55 standard and very high health regeneration for healing and damage reduction. Essence Bond and Balthazar's Spirit provide energy for the consistent spamming of regeneration skills. The main damage comes from Spoil Victor and possibly one Touch Attack. This build allows the user to charge directly for the boss monster and ignore the boss's mob.

The [Build:N/Mo Boss Farmer|Boss Farmer build] has been proven to successfully farm the following bosses:

This build is designed to handle the new "erratic" AI with the Solo SS Farmer build.

The process of this build is basically the same as the old one. Cast Essence Bond, Balthazar's Spirit, and Mending Before battle and let your energy recharge. As you aggro your target cast Protective Spirit and Healing Breeze. Once your target attacks cast Spiteful Spirit and shortly after, Rotting Flesh. If the target group is large enough they will start taking turns attacking. Once a body is available cast Well of Suffering. Remember to keep up the enchantments.

This build is meant to solo farm the Bladed Aatxe in the Underworld for ectos and to solo the Grasping Darkness for gold drops and other rare items. 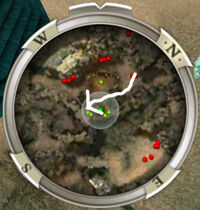 This build is designed not only to handle killing Lost Souls outside of your Junundu wurm (and getting back into another wurm safely), but also to kill Maddened Spirits 1 on 1 outside of the wurm. It may be used for quickly farming the Ancient Armor Remnants which drop randomly each time you kill a Maddened Spirit or Lost Soul, or if you're patient and have a strong bladder - for taking the high score in the mission. It is *only* fit for the Remains of Sahlahja challenge mission.

There are three parts to using this build properly:

Wait for a single Maddened Spirit to approach you. Hit it with Vampiric Gaze, then hit Blood Renewal and "Can't Touch This!" as it closes in. Immediately start spamming Blood of the Aggressor, Blood Drinker, and Vampiric Gaze as they recharge. As soon as the Maddened Spirit loses more than 50% of its health, hit Signet of Lost Souls and resume spamming. You might also want to hit a nearby Infestation with Life Transfer for healing instead of Blood Renewal - if it's been wanded a few times you'll also get the Soul Reaping bonus.

As soon as the spirit dies, hit a nearby Infestation with Life Transfer and wand it to heal up while regenning your energy. Make sure to use Signet of Lost Souls on the Infestation once it gets under half health to help regen energy. Kill one or two Infestations while waiting for the next spirit to arrive, but make sure not to spend much energy on them - you'll want full health and energy for the next Maddened Spirit.

Once you get your score around 100, the spirits will begin spawning quite a bit more quickly. If you get behind and are about to get two of them attacking you, run to the Wurm Spoor and enter your Junundu wurm. If you can hit "Can't Touch This!" just before entry, you'll be protected for a bit as you get inside the wurm.

Most Lost Souls spawn in locations where they are easy enough to just smack with the wurm. Junundu Bite does the trick in one shot, and you can get the extra heal if you use Junundu Tunnel to race up to them.

A few of the Lost Souls are on rocky terrain, however, so the wurm is useless. Get well ahead of the Maddened Spirits and exit the wurm. If any Maddened Spirits are nearby when you exit, immediately hit "Can't Touch This!" then "Fall Back!" and run towards the Lost Soul. Run as far as you can with "Fall Back!", past the Lost Soul if possible, but not out of casting range from it. Hit it with Life Transfer, then continue running to the next Wurm Spoor, using "Fall Back!" when available. At 16 Blood Magic, Life Transfer will kill the Lost Soul by itself. As you approach the next Wurm Spoor, use "Can't Touch This!" to protect your transition as you jump back into the wurm and race off.

For the most part, the basics of Junundu usage are described in the Remains of Sahlahja and the Junundu article. Here's a few additional pointers specifically for this farm:

This build is made specifically to farm the Stygian Demons associated with the Breaching the Stygian Veil quest in the Stygian Veil for Stygian Gemstones and shiny weapons. It is capable of destroying all mobs, although the later mobs take more time and are much more difficult.

There are generally one or two chests in the area that people run to all the time. Bring a few keys.