This is an archive of user talk for the user Jyro X.

I moved your build to the proper naming convention. This is a FYI so that you may continue your work. Thank you for contributing. --Vortexsam 22:08, 5 September 2006 (CDT)

Hullo! I don't know if you are aware but everytime you save an edit the wiki notes it in the Recent changes as well as your own Contributions. If you use show preview ( at the bottom of the edit screen) you minimise the number of entries that you make in these lists allowing you to see which articles you edited at a glance and other people to see more recently edited articles.

please do not revert the image icons. They were all standardized to the same size area so that they would fit uniformly into tables. --- Barek (talk • contribs) - 09:13, 26 September 2006 (CDT)

They need to be reverted as they have lost their quality because whoever is "standardizing" them isn't concerned at all with the quality of the icons. They are stretching pixels. -- Jyro X

Can you revert the icons back to lordbiro's change? Clear your browser's cache so the icons don't look distorted. I made the same mistake with his larger icons (you can check my usertalk to see the discussion about it). His change is good for formatting reasons. Tadzio 09:15, 26 September 2006 (CDT)

Their quality is unchanged. Your local PC likely still has the old images cached, and is still displaying those within the resized box. If you refresh your cache, the new images will download and display fine. --- Barek (talk • contribs) - 09:16, 26 September 2006 (CDT)

Will do. Thanks. Sorry for any misunderstanding. -- Jyro X

The build still needs to be cleaned up and the Cleanup tags will stay there until the community decides that the build's article conforms to wiki standards. Please also remember to sign your comments Lancek. Thank you for contributing. -- Jyro X

Many users find the cleanup tags frustrating; mainly because there's little in most of them to explain to them what specifically is being seen as inadequate. There's a lot of content in the Style and Formatting articles that are very time consuming to sift through to find what triggered the tag.
In most cases, when adding a tag, it's usually better for all involved if the specific reasons for the tag are identified. This can be done in the article talk page, or in the cleanup tag itself by using the format {{cleanup|reason for cleanup tag explained here}}. --- Barek (talk • contribs) - 17:18, 26 September 2006 (CDT)

Thank you for pointing that out Barek. I didn't realize you could add a reason in the tags like that and I should have made it more clear in the talk section as to why I marked it thus. In any case, I removed the tag myself so there shouldn't be a problem anymore. Thanks again. -- Jyro X

It's called a discussion. This includes thesis, arguments and examples. Your answer and finally the testing paragraph became more and more offensive. I didn't draw conclusions, i was asking for, in my opinion, flaws, which should be addressed in a discussion. It is your choice to answer them or not, to invalidate them with proper arguments. Sarcasm and accusation are the wrong way. If you experienced, that your arguments are right and my points are wrong, then this is the situation. This won't change my opinion, nor will it change yours. You have your experience, i have mine. My experience tells me from one look, what i don't like about that build. If i would test it, i'd change minimum 1-2 skills right after 2-3 runs. Yes, i say would, since i tested those kind of builds before. This is experience, not drawing conclusions. I admit, my first comment was a bit harsh. This might have led to the overheated atmosphere. We won't find a compromise, as far as i can see that. I would make suggestions, but i don't think you would accept any. Just one proposal, don't accuse people. --Nemren 15:44, 27 September 2006 (CDT)

I didn't answer your questions with more detail because I kept referring you to read over the entire build. Most of the flaws you were bringing up and questions you were asking were addressed and answered in the description of the build. If you're going to start slinging out accusations of flaws and weaknesses without even reading the purpose/usage of the build completely, I won't address your questions at all. If you saw that as offensive or sarcasm, I'm sorry. But, I viewed your unwillingness to completely read the article before discussing it as laziness. Thank you. -- Jyro X

Your sig is a bit too long and makes editing talk pages tedious. Although we don't have an official sig policy, I would recommend removing the contributions link. No one really needs it. If they want to see your contributions, they can easily access it otherwise. Most of the people seeing your sig don't need the link.

And once more, sorry for the SS/55 mistake. I was making edits while sitting in front of a movie theater in a t-shirt while the wether was very cold. I totally forgot to check the talk page. (And usually discussion should be done at the _bottom_ of the talk page, not at the top.) Don't let that mistake bother you too much. :) --

It is actually where I got part of the inspiration. :) Good job on being the first to notice the Greek origin in my name. Lol. — Jyro X 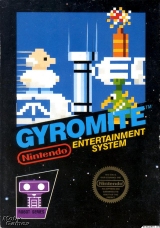 I saw your edit over at Talk:W/Mo Vermin Farmer. It is totally ok to remove old talk if it doesnt apply anymore, but please move it to an archive instead of blanking. Have a look at Talk:N/R Explosive Extinction for an example. Thx. --Xeeron 18:23, 17 October 2006 (CDT)

Alrighty. I'm just uploading a couple of images to put on the build page and then I'll archive that old talk. Thanks. — Jyro X