Im around the Inner Oyster Cloiste. Firin up TS ---

Yeah but like no1 wants to go to kurzick area :P and noone has a char with a lot of enchantments in houze su heltzer, if u wanna go with 12 ppl just go to ab :P --

And we will most definatly get all the 3 teams in 1 game, with enemies that have more than half an hour to let us do our crap. Get a life. But, seriously, you's be surprised to see how many people have monks/necro's in HzH. Cause most people prefer Kurzick Storyline over Luxon ---

I dont't only my wammo can go to houze --

And you're most definatly the majority of the people. And anyways, wammo's have plenty enchantments. ---

Doh ofcourse i have plenty enchantments i have 200+ wammo skillz :P -- 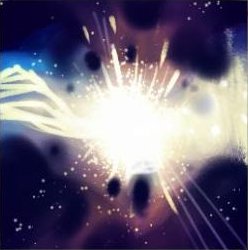 So it really is nothing more than the Big Bang Created by Emo Necros... Boring ---

A raw potato is more appealing than this skill. --

Day Two:Isolation is a more appealing song than a raw potato (in fact, it's an awesome song) ---

No idea, haven't spoken him since the weekend. --

Lulz... Hope he hasn't blown anything up too much (most notable, his Offensive Aura skill tree :P )---

Rik and Scotty have been for a while. I'm waiting for my copy of DII to fall on the mat (figuratively) wich also contains Diablo I and LoD. Should be dropping by any moment... ---

Nope. Taxes and shipment will make it cross the 20 Euros border ;) ---

Hehe, I didn't have to convince anyone ^^ My dad lets me order something, cause he knows I know it's my fault if it goes wrong (and he had to order something from Bol too. Lulz ) ---

If I just had a friend who could buy something for me from Bol.com ;P --

*walks the other way* No, srsly, I'm not gonna ask my dad to order nearly thesame thing again if you could DIY ---

I dunno if I can do it myself, do u need a creditcard for bol.com? --

You can use a CCard, but there's other methods too. Like going to the frikken store... ---

Idk. But there's others. Like tha bookstore that has games, sounds all fancy and stuff. ---

Thats another one of the many interesting possibilities. (And then Albert comes out: "No banana my friend, no banana!" I just love referencing to that :P ) ---

Congratulations! I got the entire evening and I got a day off tomorrow, so Diablo time >:D --

It hasn't started yet, but if everyone signs up early we can start earlier rather than later, as well as give people more notice. --Shadowcrest 02:11, 13 February 2008 (UTC)

It hasn't started yet, but if everyone signs up early we can start earlier rather than later, as well as give people more notice. --

(If you don't get it, don't bother)[edit source]

I'm bothering damnit >.< How the heck does your Emo (hehe I made a funny) use a necro skill?! Or is the fact that e/mo = emo the whole joke? Aggro

Very... especially since I didn't get it until I posted here >_> Aggro

I've been banned from Battlenet because of Excessive Scrolling! Come on! I only switched skills about 10 times per second. It's not that bad, is it? Oh well, I got Progger into it too. He wondered what I did wrong, and I said "I just scrolled a lot", and so, he got scrolling: Your connection has been interrupted". We lolled. And it's probably for a day max. I do wonder what the exact banning time is for excessive skill searching, tho. ---

Cool, I've been banned too because of that :D --

You really haven't read whatever I typed eh ;) ---

I hit the edit button after reading the first five words :p --

Its the same ban length as logging too fast on characters... I think about 15-20 minutes if memory serves me right. Haven't pulled out the old dust D2 in quite a while. Only log in enough to keep my characters alive. Aggro

I logged in for shits and giggles. Acct is Aggrosk8er16 Aggro

Started a Euro acct, just for you :P I'm sure I'll get bored of it in a day anyway hehe Aggro

Heheh, awesome. I could get online for a while, gotta eat in, liek, 30 mins. Wanna start anew together? :D ---

It's all good now. I changed up my controls to be more "Gw Friendly" :D Cheers Aggro

Mine are all standard, except Char Screen (was A, now is C :P ). I still regret drinking my potions in an attempt to use Werewolf when I started my Druid, tho XD ---

To my bestest friend...[edit source]

I have been working on it. Been busy lately. I'll get the paragon skills up this weekend. --

You're welcome :) Please remember to sign your comments on talk pages, either with

Don't worry about mistakes. I'm the perfect example of someone who screws up a bunch :P Earlier today I forgot to switch to the talk page of someone to say he had to use Show Preview to not clog RC ;) ---

Wrong. I'm the perfect example of someone who screws up a bunch :p --

rong, prog. That is, imo, unbeatable in failness :D When I show previewed it didnt even occur to me he had a bunch of userboxes above my comment.,. ---

Lann you overgrown piece of steak drenched in awesomesauce and coated in superdressing upload the Hi-Ress skills for Necros D: Yikey ∞ 21:03, 22 February 2008 (UTC)

Umm... I've been on GWiki every day. I just dont edit that much, cause I'm busy with Diablo II and irritating Progr ---

the "believe it" userbox[edit source]

Care for a game?[edit source]

I'm up all night, so I'll be around. I'd love to get back to my farming though. I'll check back in ever little while. I shot Jedi an email. --

Finished my CoF run, I can help out now if he shows his face again.

This is one of the reasons I find QDV to be flawed. This guy was running rampant for like 2 hours. You logged in to ban him once, then he came right back again. When someone does crap like that, and continues to push our buttons... Its just silly not to retaliate. --

Retaliation != justice. Provocation just encourages them. Read the guy's page. He's making a game out of this because he's being encouraged. —♥Jedi♥Rogue♥ 08:04, 27 February 2008 (UTC)

It was a game to him from the beginning, he's a little kid. Again, two hours of reverting with no power to stop the vandal does tend to be rather frustrating... infuriating, even.

Sk8 (T)(C) 08:10, 27 February 2008 (UTC)
And as Felix said, it was a game for this guy from the beginning. He got on here and vandalized 2 articles. Felix and Striker reverted those articles, and then they, became his targets. He targeted anyone who reverted anything basically. It was a freaking joke to him... nothing that we did encouraged him anymore than he already was. The ONLY reason he got off (according to him) was because he was "bored". He should have been stopped long before that point. --

Very likely, as RT pointed out, he was using a proxy IP. --

But wasn't only last part of his IP changing? Not very effective imo... Guess we just needs our admins to be on more often. But then again this was just, unfortunately to us, lucky time for him during there was no admins on. J Striker 08:26, 27 February 2008 (UTC)

No, at first that was the case, but after being banned the first time, his Ip address was completely different. --

I think the vandal's done for tonight. Thanks for your help, sleep well.

Lol yes, and thank you Jedi. Everything shouldn't fall down on your shoulders when this happens, though. >_< --

Back from school. Knew I was gonna be warned for QDV. I know I shouldn't have. ---

Don't worry too much about it, we all fed that troll.

If I'd worry about it, I wouldn't have created his talk page. And I wouldn't answer with such a short response as I did above ;) ---

Bleh, as was already stated, that moron didn't need any help from us to be destructive, he came here with that intent to begin with. I know what QDV is supposed to achieve, but I still don't like it at times. Welcome back from school. I just got up from a nap lol. I was bored. --

What irks me, is that Jedi deleted the talk page, because it "violated QDV" but she didn't delete his userpage, which I even TAGGED with a delete tag. Pfft. --

Well technically he is allowed to have a userpage... to be completely honest, I'm not sure deleting his talk page was correct either.

Her comment on deletion was that it violated QDV. --

I is want credits much kthx --

Oh noes, you vandalised your own page. Bad, BAD Vipermagi. --

Huh, what happened to your poor userpage! --

Maybe in half an hour or so, wanna listen to this cd. --