this is me 2nd spoiled page.

Aurons was the 1st

Cause it was getting long. Too long. --

You are signature sucks? Wuzzat? And your sig is fulgyandsoon --

Then your sig still sucks --

Its cuz u never answered the first one. :p--

Never liked it much. Nice stats with the +skills and resistence but it's a pretty ugly armour. If I wanted a light armour then Archon-Plate FTW! --Blue.rellik 11:22, 16 October 2007 (UTC)

I never really cared about how it looked. The reason I copied the name (sortof) was cause it was the first useful Unique I found (at the time, I only had a sorc)... ^^'--

Yeah, regardless of looks Viper is a great caster armor. Skills, resists, AND faster cast on 1 armor is hard to beat. Even post 1.10 with all the uber runewords and stuff Vipermagi is still a viable endgame caster armor. DKS01 12:32, 16 October 2007 (UTC)

And that concludes the discussion: My name is derived from a wonderful Unique in Diablo II :D --

Upgraded of course. Great mods are useless if it offers no protection from the hit from Lister and co --Blue.rellik 00:31, 17 October 2007 (UTC)

Well, if your casters are are getting hit by Lister and company you're not doing something right to begin with, if you're not a barbarian, paladin, or melee druid you really shouldn't be that close to the fight at all. Unless you're buffed with Shout or Holy Shield, a few hundred defense is barely gonna make any difference whatsoever. My sorc wears an armor with more defense than even an upped Vipermagi, and Lister still hits her EASILY the very few times he gets close, and that's with chilling armor up as well. If you're a caster and wanna avoid getting hurt by Lister, you're better off relying on(depending on class) max block, bone armor, teleport, and/or energy shield rather than defense. DKS01 02:09, 17 October 2007 (UTC)

And the same thing I said about Lister applies to every other melee guy in the game too, so what difference does that make? If you're a caster, don't get close to the melee guys. Teleport away, and let your merc(and minions, if available) occupy the meleers. And when you do end up getting close, a few hundred defense isn't gonna make a real big difference late game, as I said, you're better off relying on max block, bone armor, or energy shield to save you, regardless of which melee things you're fighting.

God this is why I insult everyone. Because everyone takes everything I say so damn serious, it was a tongue-in-cheek light-hearteded jap at Vipermagi. Yes a caster should never get hit but to say that you can just 'teleport' away all the time is wrong because if you could then there would be no need to get end game armour if low def armour works. Obviously there are times when your mana is low, your merc/minion is dead and you're surrounded, high block won't save you since you can't get block locked anymore. Of course that shouldn't happen but if you're playing in Hell then there will be times when that happens. --Blue.rellik 07:09, 18 October 2007 (UTC)

My hammerdin didn't get enigma till well into 1.10. Prior to that, he used vipermagi. I can count the times he died for reasons other than my net disconnecting(but not removing my char from game) on 1 hand, and have fingers left. Low def armor does work if the mods are useful, and for a caster, Vipermagi's mods beat the mods of many higher def armors easily, and is and SHOULD be used over those. The reason people get endgame armor is cause, generally speaking, the mods are better. I mean, people already make Enigma in breast plates, light plates, and mage plates, I've seen pally Spirits, Dragons, and Dreams made in non-elite(and thus lower def) shields on more than 1 occasion as well. And as I said, if you get in a situation like the one you described there, a higher def generally isn't gonna keep you alive anyways. Sure, it's nice to have it as high as possible, I agree, but if choosing between a high def armor with uninspiring mods or a plain non-upped Vipermagi for my casters, well, Viper will win everytime. That said, most of my casters use light armor enigmas these days, even my sorcs(so I can use Spirits without investing tons in strength), so my poor Vipers aren't being used as much as they once were. DKS01 14:11, 18 October 2007 (UTC)

Hell can be really hard, but it can also be really easy...depends a LOT on character build and gear. If you're playing using just stuff you found, or playing variant builds like blade fury sins or warcry barbs, Hell can be immensely hard(especially for melee types). OTOH, if you're loaded down with high end runewords, uber uniques, torches, annis, etc, and running most of the cookie cutter setups, you can easily solo it even in full games. I still need to make me a barb though, haven't made one since Bnet sort of expired my old 09 WW barb. These days, I have a hammerdin, lighting/orb sorc, nova/orb sorc(09 build, challenging to play now), smiter, 2 auradins(1 HShock/Fana/Conviction, 1 HShock/HFire/Conviction), ranger pally, blade fury sin, fury/rabies werewolf druid, and a summoner/bone hybrid nec, and have started me a wind druid. Yeah, still play regularly, heh. DKS01 14:11, 18 October 2007 (UTC)

Heh I can tell you do :D I only play single player, never took the time to make a multiplayer char. Hence I have no cookiecutter build or whatsoever, just put my points in whatever suits me best at the moment :) And it got me through Hell (Eventually). Stone Skin Magic Resistant Immune to Physical Immune to Magic bosses suck though.--Progger 14:30, 18 October 2007 (UTC)

LOL, yeah, bosses like that pretty much suck online as well, heh. You oughta start a multiplayer dude sometime man, can make things a lot easier. Plus, if you played on US West I could probably hook ya up with stuff, or get ya rushed or whatever too if ya wanted. DKS01 17:20, 18 October 2007 (UTC)

I have been trying to find the person who had a UW necro solo build but didnt post it can I CAN'T FIND THEM are you that person? Man I hate my memory. Bartelby 13:49, 30 October 2007 (UTC)

Well, I can't even solo SV bosses on my necro, cause I don't have: Spirit Bond, Mending, Prot Spirit, SoA, Essence Bond and neither Balth Spirit. So, that's nowhere near a solo'er :P And if I had one, it'd be on my userpage ^^ --

Thanks for the info guys, I'll take a look at the link when I get home from work today. I found the build on accident so I may never find the user again, but oh well. I will probably keep 55ing with my monk and I've just made a Rit to try to farm in the UW. Bartelby 18:28, 31 October 2007 (UTC)

Isn't plain arse anymoar, so ur signing on my guestbook is incorrect.--

Well, the sig THERE is still plain arse, so technically it is correct. --

but you still have a plain arse sig.

It's cause Progger wanted me to prwn Bob! Else I'd go to your base and wtfp00n all in there :D --

I said go back but oooh no would you listen? nooo, 's just a harmless little bunny isnt it ooh noo, not dangerous at all, noo, don't listen to me... I'm srsly running out of Monty Python quotes --Progger 17:35, 3 November 2007 (UTC)

I was talking about the match en whole, not the end --

For fixing the link on my userpage, it was a bit late :P

I make such mistakes often. Don;t worry, you're not the only one! --

Well you know, with this guy running around playing the vandal, keeping an eye out for any more crap hitting the spam filter. Been up just a little bit too long today, so my eyes are burning watching the monitor at this point :P Isk8 22:34, 5 November 2007 (UTC)

I know the feeling. Although my eyes don't ignite --

Include a secret message with credits -.-

I needa do something real quick --

Omg! Marco! that wasnt very nice!! ... can i take vipers place? If no your mean for taking viper off, if yes w00t viper you suxx..

I liked my revision moar. --

There are only 5 spots on the list, and that is the way it shall stay.--

Yeye, I did :) I love rockets. And it is the weekend, yay. Can't wait for scrimtaime. Except is it Progger who can't scrim qq? Oh well — Nova

BTW: I can be on this weekend. Miscommunication... Not going t explain --

I can log on tomorrow, and sunday, the entire day if I wish, AND I HAVE A PVP SLOT WEWT --

Get a cracked version of Armadillo Run and shoot some rockets! --

So for the third Extra level, I just position a compressed piece of rubber to smash a hole in the spiral and use an elastic sling to fire the armadillo up in the air, fall down through the hole, and into the portal. Leet! We don't even need to use something to get it to go up the spiral. — Nova

And, explain yourself right now. Btw I think we should merge some talk pages. :p — Nova

(edit conflict...)I dont bother doing stuff like that. I just create my own levels, and blow stuff up ,and blow stuff away. I once made a catapult that leaped it from the outer left corner, to the outer right corner, after stretching it all the way. And it crashed through the landing pad. And thus I reinforced it with Anchor Points XD BTW: Explain what? --

I make vehicles. I'm working on a tank that can withstand rocket attacks. — Nova

No it doesn't. It sez Iightning, not Lightning --

That is kinda the point. Seeing my wand would be the only lightning damage, and seeing wands suck, the Iron Misted enemy can't die for the duration. It's not ment to really help, and only use it to annoy people, really. Can be humorous. --

this list got a boost, and now im off eating --

Feel free to take it if you helped in stopping this insane vandal ;) --

Me too =[ No fair! btw, everyone use this when marco becomes admin: 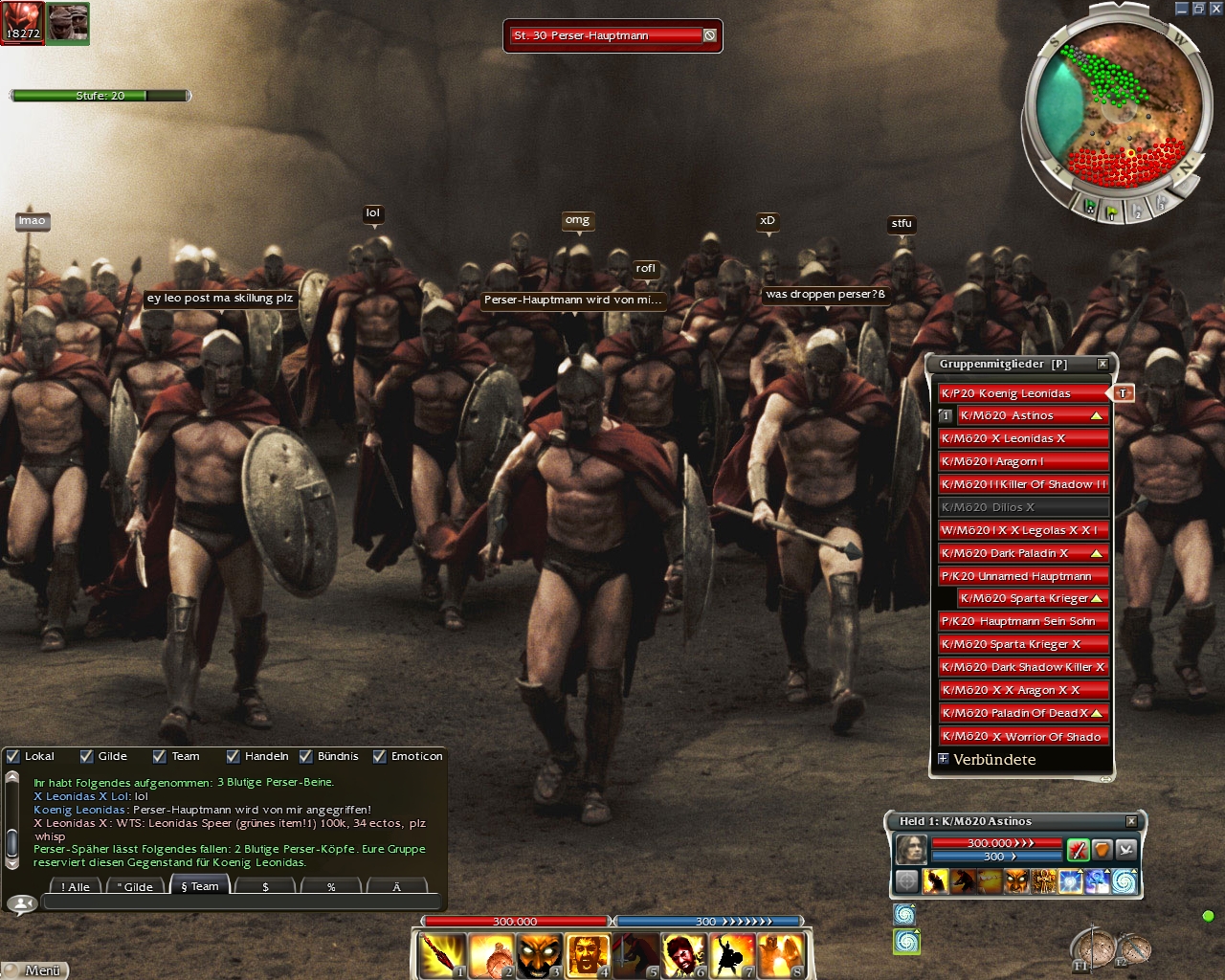 Luckily, I am allowed to remove any unwanted content (she looks better on that pic, tho) --- 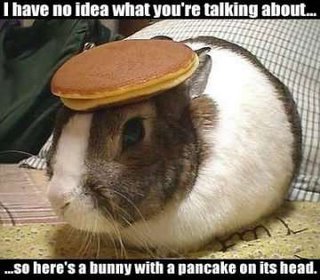